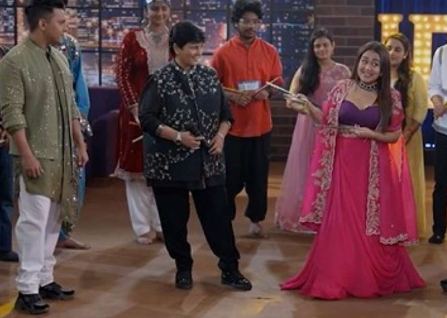 Sony TV shared a promo from the show, in which one can see Neha and Falguni coming together for the Navratri special episode.

It is pertinent to mention that singer Falguni Pathak expressed her unhappiness over Neha Kakkar’s recreation of her iconic song Maine Payal Hai Chhankai. Several fans criticised Neha for ruining the original.

The original song was released in 1999 and it featured actors Vivan Bhatena and Nikhila Palat. The song was played out as a puppet show in a college fest and it became a massive hit. The new version was unveiled recently. Priyank Sharma and Dhanashree Verma have featured in the music video of O Sajna. Tanishk Bagchi, who is known for recreating old hit Hindi songs, has composed O Sajna.