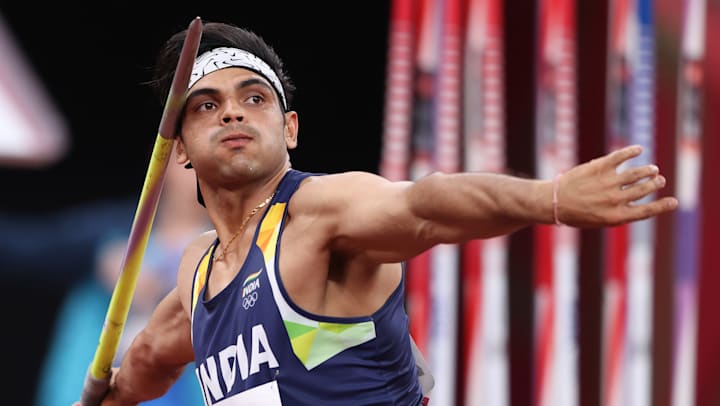 Finland: India’s ace javelin thrower Neeraj Chopra set a new national record as he threw 89.30 metres at the Paavo Nurmi Games in Finland. Chopra’s earlier national record was 88.07m which he had set in Patiala in March last year. He had won the Tokyo Olympics gold with a throw of 87.58m on August 7, 2021. Neeraj Chopra is India’s first ever Olympic gold medallist in athletics and only the second individual gold medallist at Olympics.

Olympic Champion Neeraj Chopra settles for a Silver Medal with a New National Record Throw of 89.30m at the Paavo Nurmi Games in Finland.@afi We can see several performance hikes in various events this season. Hope for more further. @Adille1 @Media_SAI @SPORTINGINDIAtw pic.twitter.com/cBLg4Ke8nh

The competition organisers have provided an extra incentive for the javelin throwers: anyone who throws beyond the Finnish record of 93.09m will win a Ford Mustang Mach-E SUV. Nobody won it on Tuesday though Peters said in a lighter vein on Monday that he would be going for it.

More than 10,000 people turned up to watch the events.

Chopra will next take part in the Kourtane Games in Finland on Saturday where he is currently based. He will feature in the Stockholm leg of the Diamond League on June 30. He had earlier trained in the USA and Turkey before shifting base to Finland last month.

Raja Sankranti: Wishes to share with friends and family

Chhattisgarh boy Rahul Sahu rescued from borewell after over 100 hours, taken to ICU