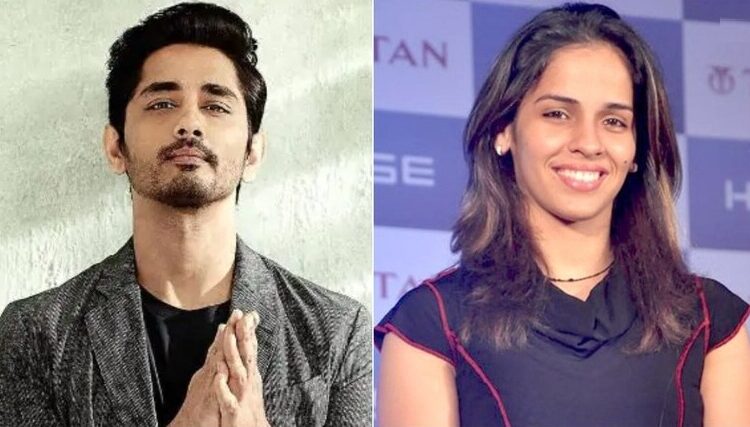 Mumbai: After facing severe backlash for sexist comments against badminton player Saina Nehwal, actor Siddharth has now landed in another trouble as the chairperson of National Commission for Women (NCW) Rekha Sharma has urged Maharashtra’s Director General of Police (DGP) to take action against the same.

In a letter, the NCW has asked for filing of an FIR against the actor while asking the police to investigate the matter further.

Their statement read, “The National Commission for Women has come across a post of Indian actor Siddharth using lewd comments on Twitter on the post of Ms Saina Nehwal. The comment is misogynistic and outrageous to the modesty of a woman, amounting to disrespect and insult to the dignity of women on social media platforms. The Commission condemns such lewd and inappropriate remark made by the actor and has taken suo moto cognisance in the matter. Chairperson Rekha Sharma has written to the Director General of Police Maharashtra to immediately investigate the matter and register an FIR under relevant provisions of the law.”

The statement further read, “The Commission has sought prompt and strict action against him for using indecent language towards women on social media. Taking serious note of the offence, Chairperson Ms Sharma has also written to Resident Grievance Officer, Twitter India to immediately block the actor’s account and take appropriate action against him for posting offensive remarks on Ms Nehwal’s post thereby, outraging her modesty and insulting her right to live with dignity.”

Worth mentioning, that the ‘Rang De Basanti’ actor has been receiving brickbats on social media for his response to a tweet by Nehwal.

In a tweet, Saina had condemned the security lapse in the Prime Minister’s security during his visit to Ferozepur on January 5. “No nation can claim itself to be safe if the security of its own PM gets compromised. I condemn, in the strongest words possible, the cowardly attack on PM Modi by anarchists. #BharatStandsWithModi #PMModi,”

Later, Siddharth went on to write a distasteful comment saying, “Subtle cock champion of the world… Thank God we have protectors of India. Shame on you #Rihanna.”

Reacting to the same, Nehwal said, “Ya I’m not sure what he meant. I used to like him as an actor but this was not nice. He can express himself with better words but I guess it’s Twitter and you remain noticed with such words and comments. If the security of the PM of India is an issue then I’m not sure what is secure in the country.”

After facing severe backlash, Siddharth defended his comment and added he hadn’t disrespected anyone. He wrote, “‘COCK & BULL’ That’s the reference. Reading otherwise is unfair and leading! Nothing disrespectful was intended, said or insinuated. Period.”