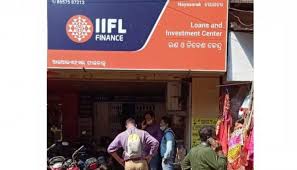 Cuttack: Commissionerate Police on Tuesday claimed to have detained all the accused involved in the sensational loot at the office of a private finance company, India Infoland Ltd (IIFL), at Nayasarak area here on November 19.

Police Commissioner Sudhanshu Sarangi informed that a team led by Cuttack DCP solved the loot case and detained four persons including the mastermind. While the identities of the accused persons were not revealed immediately, the police officer said a huge quantity of looted gold and two motorcycles have been recovered from the possession of the accused persons.

With immense professional satisfaction we share the information that officers of @cpbbsrctc led by our young @dcp_cuttack have solved the Nayasarak IIFL robbery case. All accused detained, both bikes seized & substantial quantities of gold recovered. Investigation is still on.

I feel proud of my officers & hope twin city citizens take pride in having such a competent & professional police force that could solve one of the most sensational robbery cases in Odisha history in record time. Well done. 👍@CMO_Odisha @DGPOdisha

Worth mentioning, armed miscreants on November 19 allegedly looted gold ornaments worth around Rs 10 crore and Rs 4.30 lakh cash from the office of IIFL finance company.

Youth held for rape bid on minor girl in Bangiriposhi