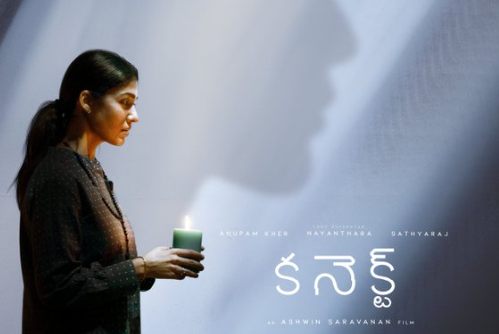 New Delhi: Lady Superstar Nayanthara is gearing up for her upcoming horror thriller Connect, ‘Spooky Tale’, which will release on 12th December.

Now the makers of the film have announced that they will be unveiling the trailer for the movie on 9th December.

On the work front, Nayanthara will also make her Bollywood debut soon with the much-awaited drama Jawan. Helmed by filmmaker Atlee, the movie will star Shah Rukh Khan as the protagonist, along with Vijay Sethupathi, Priyamani, Sunil Grover, Yogi Babu, Deepika Padukone, and Sanya Malhotra in other key roles.