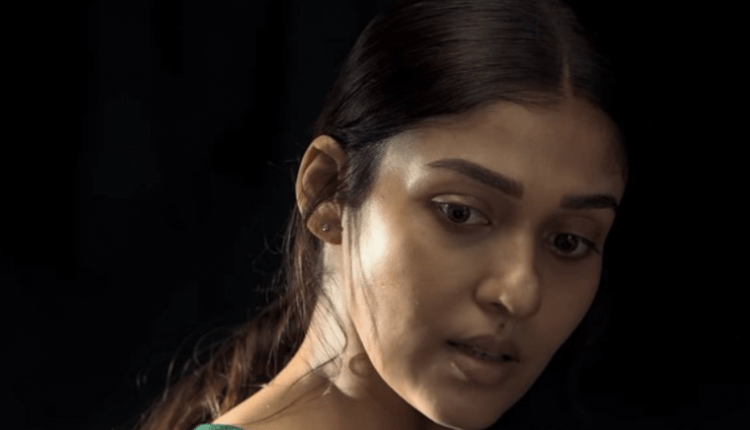 New Delhi: The official trailler of Nayanthara-starrer Netrikann has been finally unveiled by makers on Thursday. It is Written and directed by Milind Rau of Aval fame, the thriller has a vibe similar to the Hollywood hit ‘Don’t Breathe.’ A blind person with uncanny skills makes the trespassers pay for their grave miscalculations.

Check Out The Trailer Here:

As per the trailer, Nayanthara is playin a role of a blind woman, who is a witness in a case that has become a nightmare for the police department.

‘Netrikann’ is said to be a Tamil remake of the Korean movie ‘Blind’ released in 2011. The House Next Door’ maker, Milind Rau has directed this thriller flick under Vignesh Shivan’s banner of Rowdy Pictures partnering with Kross Pictures. Disney+ Hotstar has bought the digital premiere rights, and Vignesh Shivan is yet to announce the release date of the film.

Nayanthara is seen in the role of a visually impaired young woman who uses the power of her other senses to take on a psycho killer in the movie. The trailer is just a sneak peek into Nayanee’s power-packed performance which has enhanced viewer’s curiosity for the film.