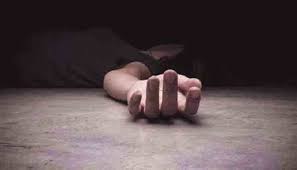 Nayagarh: The body of a three-year-old girl, who had gone missing since last Friday, was recovered from a pond in Badhipatana village under Ranpur police limits in the district today.

The deceased has been identified as Swati Sahoo.

According to sources, Swati, the youngest daughter of a mason Sanjay Sahoo, had gone missing on Friday afternoon while she was playing outside her house. After a frantic search, the family members of the victim had filed a missing complaint with Ranpur Police.

Based on the plaint, a case was registered and three police teams were formed to trace the girl.

On Saturday, police took the help of the Odisha Fire Service personnel and sniffer dogs in the investigation. The rescue personnel searched the wells and ponds in the village on the day but to no avail.

However, the decomposed body of the minor girl was found floating in a pond this morning.

On being informed, police reached the spot and launched a probe.

While the exact cause is yet to be ascertained, preliminary investigation suggests the murder might be a human sacrifice.