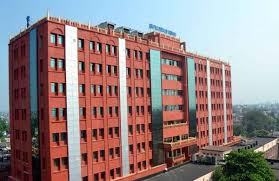 Cuttack: A fresh petition has been filed at the Orissa High Court in connection with the sexual assault and murder of a 5-year-old girl at Jadupur village in Nayagarh district.

The petition, filed by Bharatiya Vikas Parishad sought for conduct of polygraph test of the persons named in the FIR by the deceased’s parents and bring them under the purview of investigation.

It is worth mentioning, the Special Investigation Team (SIT) had arrested the accused, Saroj Sethi for alleged murder and rape of the five-year-old girl.

Further giving the details, the SIT chief had said, “The prime accused allegedly committed an act of necrophilia after strangulating the five-year-old to death. The accused, a 17-year-old, was allegedly addicted to child pornography and confessed to have watched obscene videos till the wee hours of July 14. The next morning, he allegedly committed the crime”.

The child had gone missing while playing in front of her house on July 14. Later on July 23, her decomposed body was found packed in a sack behind the house at a bush near a pond.