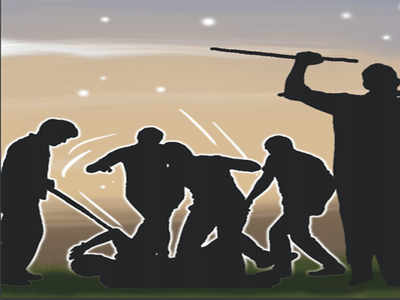 Nayagarh: At least 15 persons were injured in a group clash that emerged in Balabhadrapur panchayat in Nayagarh district.

As per available reports, locals of Jagannathpur and Sriharipur villages clashed with each other over problems related to electric transformer.

Reportedly, the transformer was issued to supply electricity both for domestic use and to agricultural lands.
Suspecting that the transformer will catch fire, the villagers of Jagannathpur locked up the gates after advise from the authorities of electricity department.

However, locals of Sriharipur faced problems after being unable to access smooth electricity supply and eventually went ahead to break a lock after having a meeting over the same.

Upon being alerted about the incident, locals of Jagannathpur opposed the act following which a clash erupted between the locals of both the villages.

Hospitals To Turn Into Carrier Of Coronavirus!