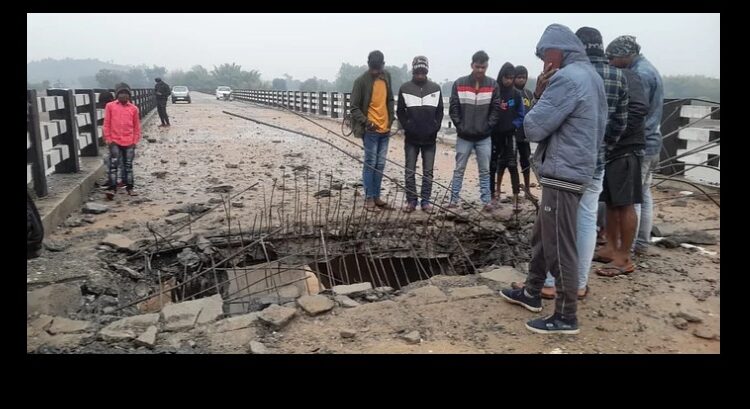 Patna: Armed Maoists blew up the bridge built on the Barakar river in Sindwaria Panchayat in Jharkhand in the wee hours of Sunday.

According to reports, the rebels blew up the bridge with a detonator at 2:00 am.

The Naxalites have also left many pamphlets at the spot.