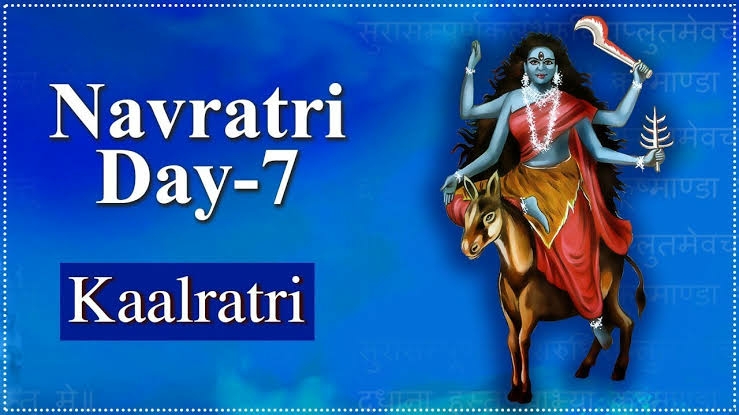 Bhubaneswar: On the 7th day of Navratri, the seventh incarnation of the goddess Durga, Maa Kaalratri is worshipped. Maa Kaalratri, also referred to as Goddess Shubhankari, is portrayed as a destructive form of the goddess because of her dark black appearance, unkempt hair, three eyes, and four hands in the Abhaya and Varada mudras. In her left hands, she is holding her astras.

Maa Kalaratri has a dark complexion and a third eye. She holds a scimitar and a thunderbolt in the upper and lower left hands, respectively. She holds the Abhaya and Vara Mudra in the two right hands. This form of the Mother Goddess is mounted on a donkey. Kalaratri Maa governs Shani (Saturn), and hence, those suffering from the ill-effects of the planet worship her to rid themselves of its adverse influence.

Worship Maa Kalaratri and offer jaggery (gud) or ladoos made of jaggery as ‘bhog’. Maa Kalaratri represents the colour orange that symbolises brightness, knowledge and tranquillity.

Maa Kaalratri is regarded as a divine luminary and an unending wellspring of knowledge. It is believed that she rules the planet Shani. Hence, those who worship Maa Kaalratri on this day are said to have good fortune as well as wisdom.

Kuldeep Yadav added to India’s squad for 3rd ODI against…