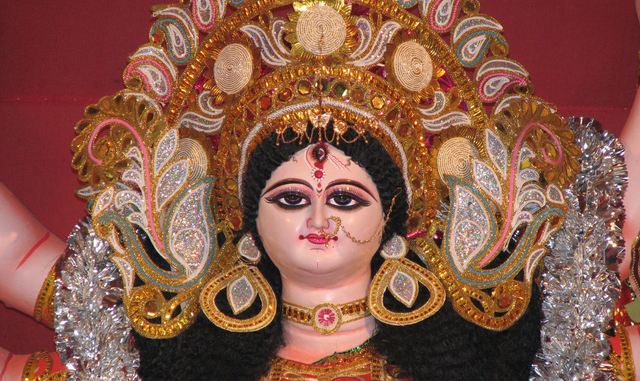 New Delhi: The auspicious nine-day long festival of Navratri has begun with a lot of pomp and grandeur across the country. Today on the third day of Navratri, devotees will worship Goddess Chandraghanta in Shukla Tritiya. She is the third form of Goddess Durga. She is known as Maa Chandraghanta as she adorns her forehead with a half-moon that looks like a bell.

Goddess Chandraghanta is the married form of Maa Parvati. Goddess after getting married to lord Shiva started adorning her forehead with a half moon. That is why Goddess Parvati is called as Maa Chandragantha.

The third form of Goddess Parvati is peaceful. In this form, the Goddess is ready for war with all her weapons. According to Hindu scripts, it is believed that the sound of the moon bell on her forehead expels all evil spirits away from her devotees.

Bhog to offer to Goddess Chandraghanta

For bhog, you can offer the goddess kheer made of milk and makhana. You may also offer fruits and coconut with its husk.

Boost Immunity During Winters With These Foods