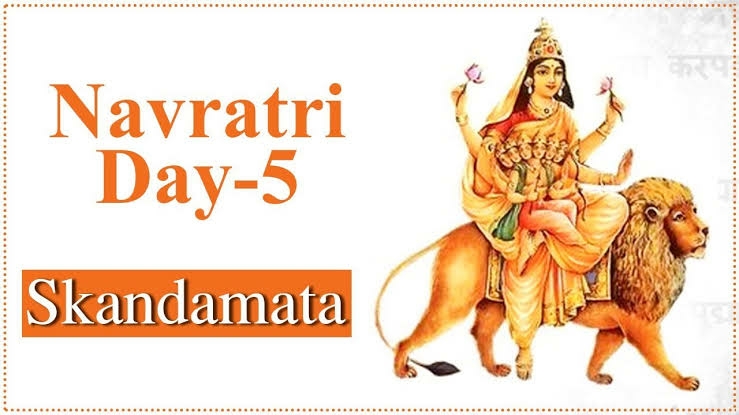 New Delhi: The nine-day festival of Navratri began on September 26. On Sharad/Shardiya Navratri, devotees worship the nine incarnations of Goddess Durga, known as Navdurga. Navratri, in 2022, will end on October 4, 2022. The festival is observed in the Shukla Paksha of the month of Ashwin as per the Hindu calendar.

On the fifth day of Navratri, which is today, Maa Skandmata is worshipped.

Goddess Skandamata is a four-armed deity, who carries lotus in two of her arms and also holds little Skanda, also known as Kartikeya, in her lap with one of her right hands. Her other hand is in Abhaya Mudra that deflects all evils. She is even known as Goddess Padmasana as she sits on a lotus and her name Skandamata in Sanskrit refers to her as the mother of Skanda, who is the son of Lord Shiva, the warrior god Kartikeya.

The complexion of Goddess Skandamata is Shubhra which means white. Devotees who worship this form of Goddess Parvati get the benefit of worshipping Lord Kartikeya.

On the fifth day, devotees take a bath and wear yellow clothes to worship the goddess. Yellow colour represents optimism, good health, positivity, and happiness. After placing the idol of the Goddess on a chowki, devotees offer her yellow flowers, Gangajal, kumkum and ghee.

The colour of the 5th day of Navratri is green that represents nature, growth and energy.

Adipurush first look out; Prabhas and Kriti Sanon wake up fans with a major announcement