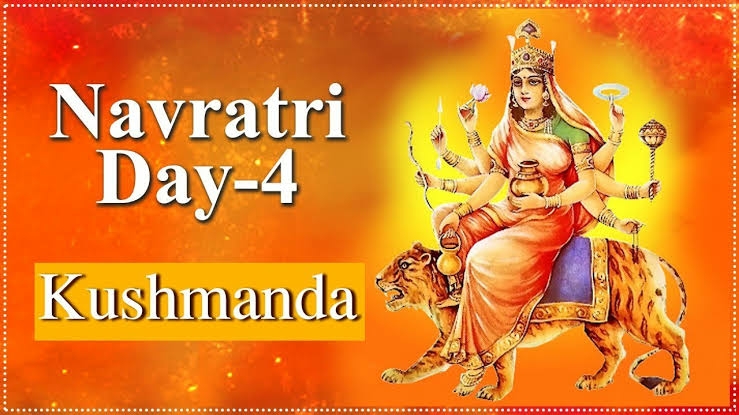 New Delhi: Maa Kushmanda is worshiped on the fourth day of Shardiya Navratri. She is known as Kushmanda because of her soft laughter that created the universe. The vehicle of the Goddess is a lion. Due to the eight arms of Maa Kushmanda, she is also called as Ashtabhuja.

In her seven arms she holds Kamandal, bow, arrow, lotus, urn filled with nectar, a wheel and a mace. There’s a rosary for chanting in the eighth arm. It is said that in this rosary of chanting there is a collection of all siddhis. Maa Kushmanda likes red colored flowers. Their abode is within the solar system. It is said that only she has the ability to reside in Surya Lok and she gives direction and energy to the Sun God.

The colour of the fourth day of the festival is yellow, signifying joy and happiness.

Devotees believe that Maa Kushmanda loves red flowers, hence it is offered to the goddess. Shringaar samagri such as sindoor, kajal, bangles, bindi, toe ring, comb, mirror, anklets are also offered. A special bhog comprising of malpua, halwa and curd is made for Maa Kushmanda.