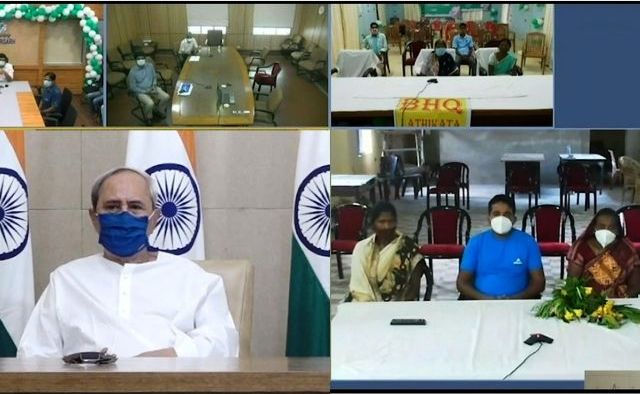 The Odisha CM, while speaking to the mothers of Amit Rohidas and Bikram Lakra, lauded the performance of their sons in the Olympics Games.

Chief Minister Naveen Patnaik had also announced the cash prize of Rs 6 crore for each participant from Odisha for winning Gold medal, Rs 4 crore for Silver medal, and Rs 2.5 crore for Bronze medal.

Earlier today, the Chief Minister said the historic win of the Indian Men’s Hockey Team at Tokyo Olympics 2020 will inspire generation of sportspersons. He congratulated the team for winning the bronze medal by beating Germany.

The Chief Minister also spoke to the Indian hockey team over the telephone and congratulated them for the spectacular victory.

Odisha Olympic Association will honour Amit Rohidas and Birendra Lakra for the historic victory at the Tokyo Olympics. The two hockey stars will receive a cash reward of Rs 1 lakh each.