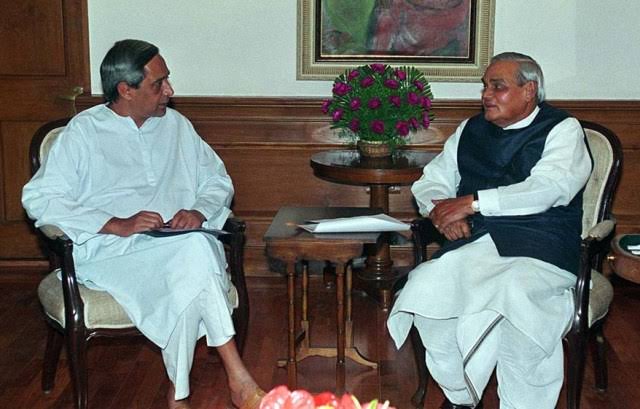 Taking to his Twitter handle, Patnaik described the former Prime Minister as ” an  outstanding Parliamentarian, distinguished statesman, exceptional poet, an excellent orator and one of the tallest leaders of independent India.”

Humble tributes to former Prime Minister #AtalBihariVajpayee on his Birth Anniversary. #Atalji was an outstanding Parliamentarian, distinguished statesman, exceptional poet, excellent orator and one of the tallest leaders of independent India. pic.twitter.com/yDamE9dtOS

Patnaik, who also heads the regional outfit, Biju Janata Dal, was part of the NDA under leadership of Vajpayee, and the alliance between BJD and BJP continued till 2009. However, the alliance ended between the two parties over seat sharing before the 2009 general elections. Vajpayee, born on December 25, 1924 at Gwailor in Madhya Pradesh, had breathed his last on August 16, 2018 at AIIIMS in Delhi.

Pregnant Woman Carried On Cot For 2 Kms In Koraput