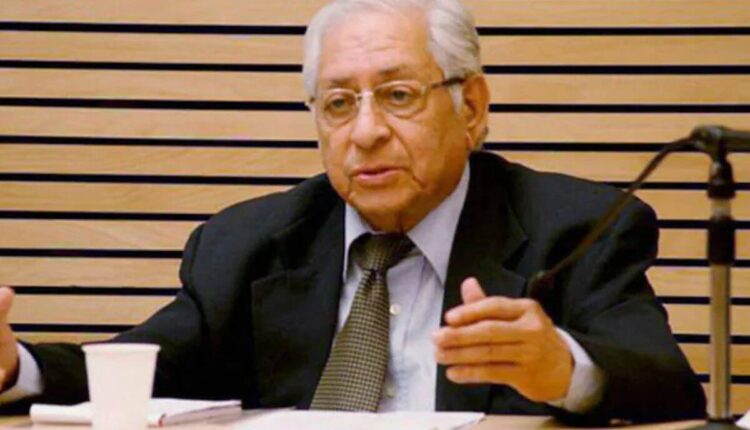 Taking to his Twitter handle, Patnaik described Sorabjee as “a legal luminary with widely acknowledged scholarship in Constitution Law.”

Deeply saddened to hear about passing away of distinguished lawyer, former attorney general and Padma Vibhushan recipient #SoliSorabjee. He was a legal luminary with widely acknowledged scholarship in Constitution Law. Heartfelt condolences to the bereaved family and friends.

A senior lawyer and Padma Vibhushan recipient, Soli Sorabjee was being treated at a private hospital in Delhi.

Soli Jehangir Sorabjee was born in Mumbai in 1930. He started his law practice in 1953 with the Bombay High Court. In 1971, he was designated senior counsel by the Supreme Court.

Sorabjee was appointed a UN Special Rapporteur for Nigeria in 1997.

Sorabjee served as a member of the UN world court or the Permanent Court of Arbitration at The Hague from 2000 to 2006.

In 2002, he became a member of the Commission to Review the Working of the Constitution of India.