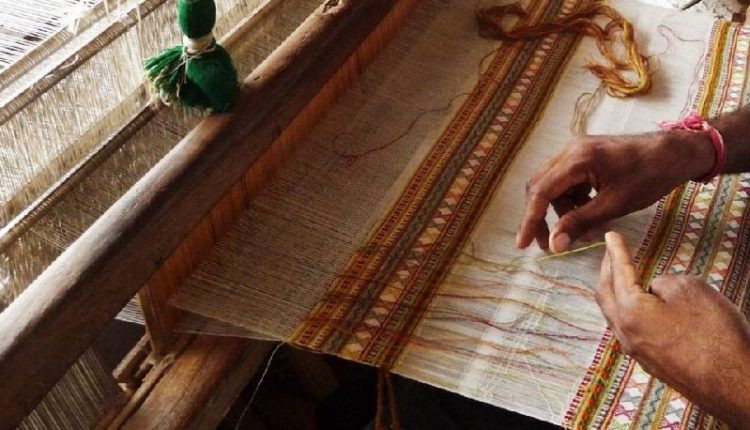 Bhubaneswar: Odisha Chief Minister Naveen Patnaik on Friday announced a special package for the weavers in the State.

The Odisha CM observed that after agriculture, handlooms are the main source of employment for the rural population in the State.

Lakhs of people in the State now depend on handlooms. Weavers have been, through their skills, presenting the great cultural traditions of Odisha through handlooms all over the world and there is also a special demand for handlooms made in Odisha, he added.

The CM said that the handloom business has been profoundly affected by the pandemic in the last two years, and the livelihoods of thousands of weavers have also declined.

Through the package, the 15,000 loom pits that are not concrete will be concreted in the next three years. Rs 7000 will be spent towards each loom pit for the said purpose.

Family members are also involved in the production process of the textile and cottage industries. Similarly, design preparation is a complex process. So under the scheme, the weavers will be provided with electricity and electrical fans so that there is no pressure on them and they can work for a long time.

It has also been decided to provide housing to all eligible weaver families on a priority basis. The beneficiaries will be selected according to the guidelines of the Panchayati Raj Department, said the Odisha CM.

The package also focuses on how weavers can access loans. The Chief Minister has directed to provide interest-free loans of up to Rs 50,000 to the weavers.

Various group infrastructure such as CFCs, warehouses, and sales centres will be set up through the Panchayati Raj and Drinking Water Department to store the produce of the weavers, added the Odisha CM.