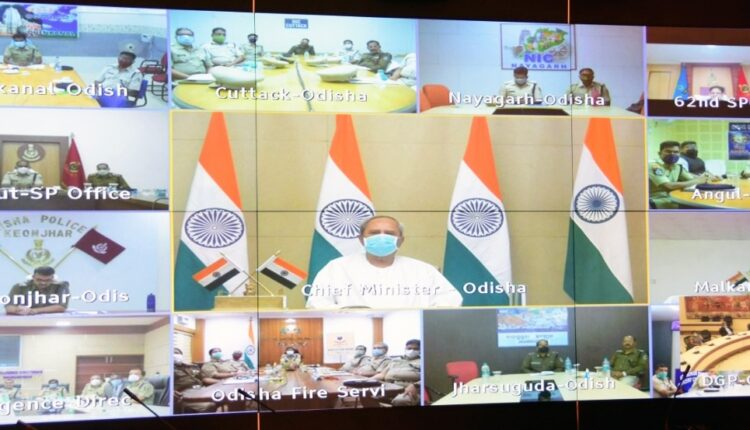 Speaking at the valedictory session of 62nd Senior Police Officers’ Conference here on Wednesday, Patnaik said the focus area of his government is always to stave off offences against women and children.

Stressing on the improvement of quality of policing in the State, the Chief Minister said the aim of Mo Sarkar has been that people coming to Police Stations should be treated with dignity. It is satisfying to see that the feedback taken under Mo Sarkar has been very positive, he added.

I would like to commend the overall effort of Odisha Police in handling the Corona Pandemic situation with compassion and empathy. ” While doing so we lost many police personnel who laid down their lives in the line of duty.  I pay homage to the departed souls and assure their families all support”, the CM added.

He said he is happy to note that within record time, special family pension has been sanctioned to 38 next of kin. Similarly, 29 next of kin have received Rs 50 Lakh ex-gratia compensation and rest should be processed without any delay, Patnaik added. He said he has commended 930 police personnel who have voluntarily donated plasma for treatment of Covid patients for their spirit of service.

The Chief Minister said a progressive and sustainable improvement was noticed in the Left Wing Extremism situation in the state and added that two brave hearts have laid down their lives this year in the fight against the Maoists.

The Chief Minister commended the work of SPs of  Malkangiri and Kandhamal in this connection and added that the efforts of SPs of Keonjhar and Angul for the overall improvement in the industrial atmosphere are also laudable.

Congratulating the State Police for organising an effective drive against Narcotic drugs throughout the State with the STF taking the lead, he said the work done by DIG, STF and SP, Koraput is commendable.

The Chief Minister said low conviction rate continues to be an area of concern but said all possible steps should be taken to enhance conviction rate by factoring in modern technology into the investigation.

Dwelling upon road safety, Patnaik said the related fatalities are very high in our State. He advised the concerned officials to take up preventive and enforcement initiatives as well as public awareness campaign in coordination with other stakeholders like Transport, Works Department  to bring down such fatalities.

Substantial funds will be allocated to fulfill housing requirement of frontline police personnel, Patnaik said and added that the State Police will come up with new ideas to improve its image by providing quality services.

Delhi Police To Decide On Farmers’ Entry Into…