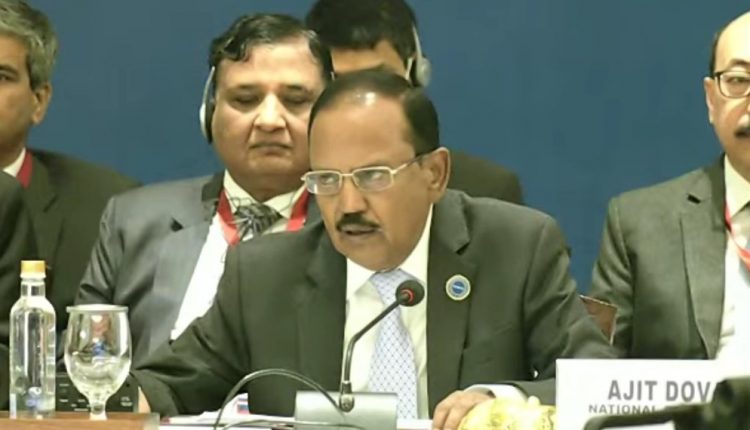 New Delhi: The Heads of the National Security Councils of seven nations, who are in Delhi for the Regional Security Dialogue on Afghanistan hosted today by National Security Advisor Shri Ajit Doval, collectively called on Prime Minister Shri Narendra Modi after the completion of the Dialogue.

In their comments to the Prime Minister, the senior security officers, representing the nations of Iran, Kazakhstan, Kyrgyzstan, Russia, Tajikistan, Turkmenistan and Uzbekistan, expressed their appreciation of India’s initiative in organising the Dialogue and of the quality of the exchanges. They also conveyed the perspectives of their respective countries on the Afghan situation.

Prime Minister appreciated the participation of the senior dignitaries in the Delhi Security Dialogue despite the challenges posed by the pandemic.

He emphasised four aspects that countries in the region would need to focus on, in the context of Afghanistan: the need for an inclusive governement; a zero-tolerance stance about Afghan territory being used by terrorist groups; a strategy to counter trafficking of drugs and arms from Afghanistan; and addressing the increasingly critical humanitarian crisis in Afghanistan.