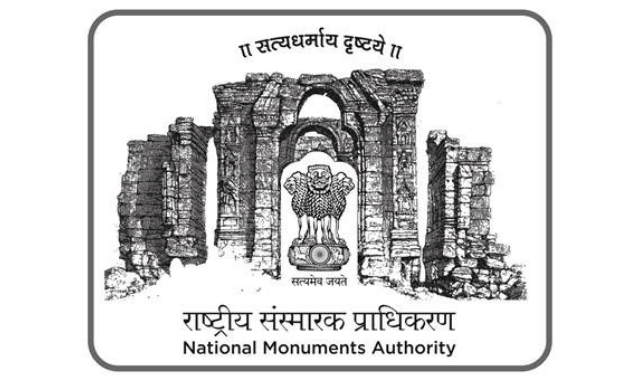 New Delhi: National Monuments Authority (NMA), has made a record number of 101 Heritage By-Laws during the COVID period (from 2019 onwards), covering a total of 126 centrally protected monuments. This is in comparison to five Heritage By-Laws (HBLs) covering 31 centrally protected monuments finalized in the preceding ten years. This reflects a 20 times increase in quantum of HBLs over last two years.

It is also noteworthy that, as per the AMASR Act and the mandate given to the NMA, the HBLs work was supposed to be finished by 2012, covering the entire gamut of more than 3600 centrally protected monuments throughout India.

NMA Chairman, Tarun Vijay said that under the vision and leadership of the Prime Minister, the task of making HBLs has been speeded up by leaps and bounds and a separate HBL department created with four experts headed by a conservation architect. The HBL meetings started being conducted thrice a week. These meetings also involved, inviting the DG ASI and various other regional directors and surveyor archaeologists from every part of the country, eventually resulting in smooth flow of survey maps and draft HBLs from ASI, especially from central, eastern and northern India.

The NMA Chairman said, “The biggest joy and satisfaction was felt in the NMA when we finalised HBLs for the 14th century Bishnu temple in Manipur; Jagannath Temple in Puri; Chausath Yogini, Jabalpur; Jagatgrama Ashwamedha site and Lakha Mandal group of Shiva temples in Uttarakhand.”

The National Monuments Authority was set up as per the provisions of the Ancient Monuments and Archaeological Sites Remains (AMASR) (Amendment Validation) Act 2010, entrusting it with the responsibility to consider granting permissions to applicants for conservation-related activity in the centrally prohibited and regulated areas. The need for the HBLs consequently was induced by the increasing rate of urbanization, development, mounting population pressure, and concomitantly the aggravating pressure on land around the centrally protected monuments, which often obstructed and came in the way of the monument’s 300 meters peripheral jurisdiction. This made it imperative, for regulating the property and individual growth around the monuments, along with the need to balance it with the cause of protecting and preserving the monuments itself. Such situations and the requirements of the time instrumentalized in the formation of the Heritage by-Laws (HBLs) by the NMA which regularly notifies on its website, inviting the local people’s comments and suggestions with regard to its HBL content.

Under the Modi government, the HBL work and granting NOCs has taken a quantum jump- putting it on fast track.

After receiving people’s comments and suggestions, they are discussed after a period of 30 days and if found useful the HBLs amended, and sent to the Ministry of Culture seeking their affirmation and then getting it ratified by the Parliament as the final acceptance.

Shri Tarun Vijay also remarked that the capacity of NMA has been expanded considerably because now a total of 41 new top notch Heritage Bodies have been included in the NMA panel for making HBLs. “It as a revolutionary step inspired by the vision and mission of the Prime Minister Narendra Modi, keeping the agenda of heritage protection as the sine qua non of the NMA”, the Chairman explained. . Clearly reflected from the fact that under the Modi government the panel to make HBLs now has  42 heritage bodies, going up considerably from a mere of 4 earlier .

Accompanying these feats, are the historical achievements of NMA bringing down the NOC pendency to a nil because of the online features which remarkably expediated the process and also vouched for print transparency keeping in mind the interests of the applicant, as can be gauged from a record 82% approval of 1118 NOCS out of 1360.

Currently, draft HBLs awaited from ASI for finalization and sending them to the Parliament approval include monuments like, Taj Mahal; Qutub Minar; Dwarkadheesh Temple Dwarka; Hemis Gompa, Leh and Martand Temple, Kashmir. It is exhilarating that with the pursuance of these goals NMA will be able to complete the entire residual work of HBLs within a single year fulfilling the assurance of the Ministry to the Parliament.