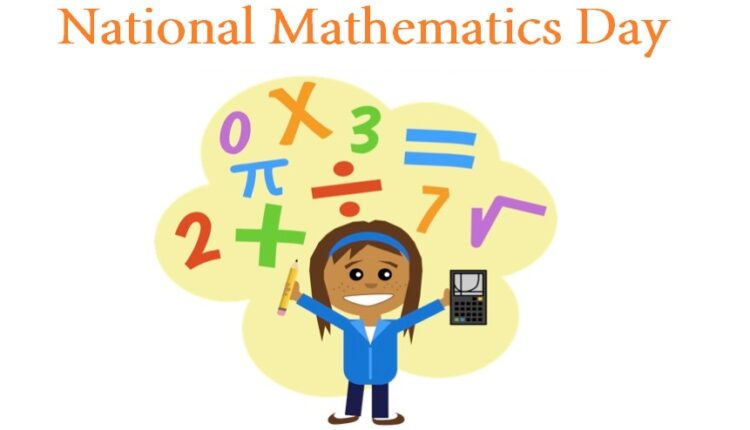 National Mathematics Day was first observed in 2012 when former Prime Minister Dr. Manmohan Singh declared this day as National Mathematics Day on February 26, 2012, when he was visiting the Madras University in order to pay tribute to Ramanujan’s achievements and celebrated his 125th birth anniversary. Since then, it is observed every year on December 22 to honour Ramanujan’s work in the field of mathematics.

The day marks the birth anniversary of self-taught Indian mathematician, Srinivasa Ramanujan and his contributions in the field of mathematics. Ramanujan was born on December 22, 1887, into a Tamil brahmin Iyenger family in Erode, Madras Presidency.

In 1916, Ramanujan got his degree from Cambridge and his research went from strength to strength. He published one excellent paper after another, with a great deal of Hardy’s help in the proofs and presentation. They also collaborated on several great projects and published wonderful joint papers.

Srinivasa Ramanujan made substantial contributions to mathematical analysis, number theory, infinite series, and continued fractions, including solutions to mathematical problems then considered unsolvable. Ramanujan’s other notable contributions include the hypergeometric series, the Riemann series, the elliptic integrals, the theory of divergent series, and the functional equations of the zeta function.

He returned to India in 1919 and a year later, he breathed his last at the age of 32 due to an illness.

In 2015, a book written on Srinivasa Ramanujan by Robert Kanigel was adapted as a British biographical drama film on the same name – ‘The Man Who Knew Infinity’. It describes the mathematician’s life in India, his Cambridge University years during World War 1 and his journey towards establishing the famed mathematical theories.

The math wizard’s life also inspired a video game in 2016.