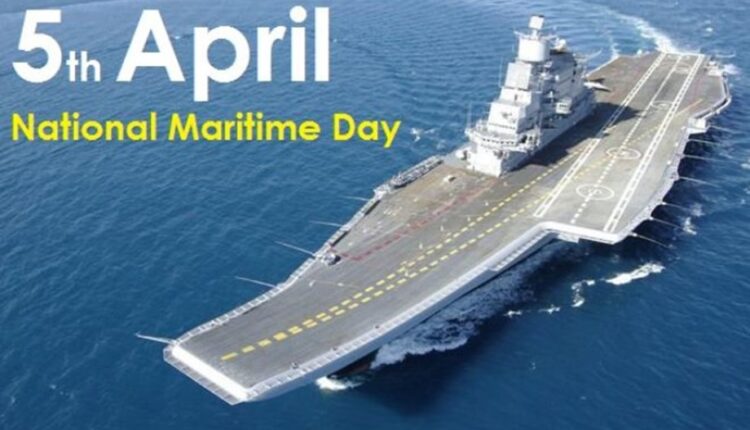 New Delhi: On 5th April every year in India National Maritime day is observed because on this date in 1919 navigation history was created SS Loyalty, the first ship of The Scindia Steam Navigation Company Ltd journeyed to the United Kingdom. It was a red-letter day in the account of Indian navigation.

Each year, the day is celebrated with a particular theme that acts as a base of all events organised on this particular day. The day also represents and fuels the drive to improve the condition of maritime trade in India and help it reach new lengths.

It was in the year 1919, when India was still under British rule, when on April 5, a ship called SS Loyalty, sailed from Mumbai to London. The ship was owned by Scindia Steam Navigation Company Ltd, the biggest large-scale shipping company owned entirely by Indians.

It was a significant day since at that time, the Indian sub-continent and its waterways were still under British rule. India, at that time, was a crucial land, in accordance with global trade, since it connected the European trade giants such as England, France, and Portugal, to the rest of Asia.

The day is dedicated to the celebration of the pivotal role that the maritime industry plays in the booming and sustenance of the Indian economy. In addition, on this day, myriad players and participants in the maritime sector are applauded and lauded with awards to recognise their efforts and contribution. People are honoured the Varuna Award, which is considered the highest honour for a person who has outstandingly contributed to the Indian maritime.

Huge Cache Of Ganja Seized In Koraput, One Held