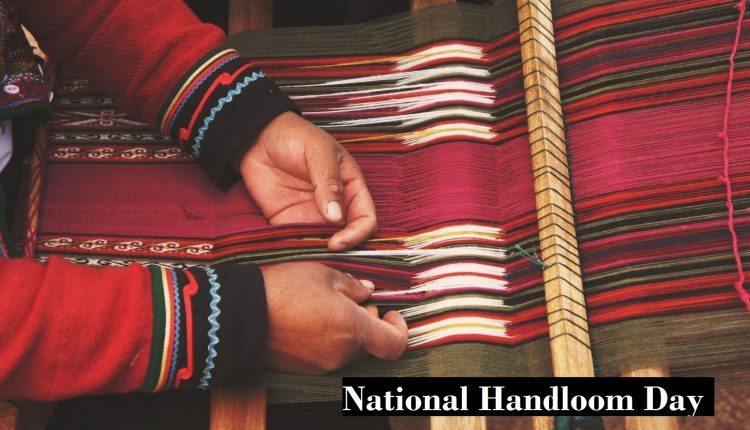 New Delhi: National Handloom Day is celebrated on the day the Swadeshi Movement was launched in 1905. This day is observed annually to create awareness about the Handloom Industry amongst the public at large and its contribution to socio-economic development. The handloom sector depicts the nation’s glorious cultural heritage and is also an important source of livelihood for people in the country.

The day is dedicated to raise awareness among the public and to increase the contribution towards the socio-economic development of the weavers. The day was first observed in 2015 by the Government of India.

The handloom sector is one of the major symbols of the Indian cultural heritage. It has been an important source of livelihood, especially for women. They form around 70% of the weavers or allied workers in the sector. National Handloom day is celebrated to honour the handloom community and acknowledge their contribution to India’s socio-economic development. The government of India announced August 7 as National Handloom Day to mark the 100th anniversary of the Swadeshi Movement, which started in 1905.

ECMO facility in SCB Hospital to be available from August 15