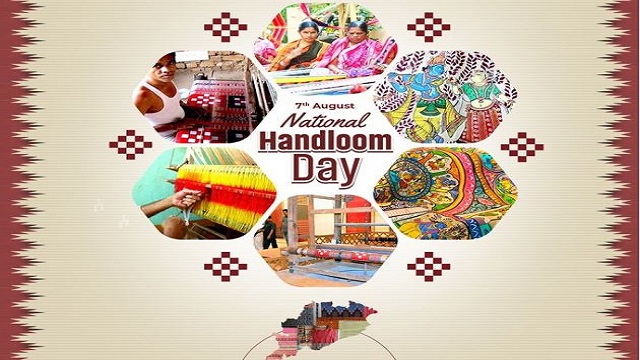 Bhubaneswar: Odisha Chief Minister Naveen Patnaik on the occasion of National Handloom Day celebrated the rich legacy and craftsmanship of the State, the land of excellence in art.

#Odisha has a treasure trove of exquisite handlooms with intricate designs honed over generations by dexterous artists and craftsmen. On #NationalHandloomDay, let’s celebrate the rich legacy of handlooms of Odisha preserved over centuries. #OdishaHandloomMagic pic.twitter.com/pTbqahi3we

A loom operated manually instead of a power loom is called a handloom. India’s vision to introduce the handloom business to the global market shows the dominance of our products in international trade. The graciousness of wearing handloom clothing with its unique design makes an individual’s appearance very distinctive and indigenous.

The day was first observed in the year 2015 by the Central government.