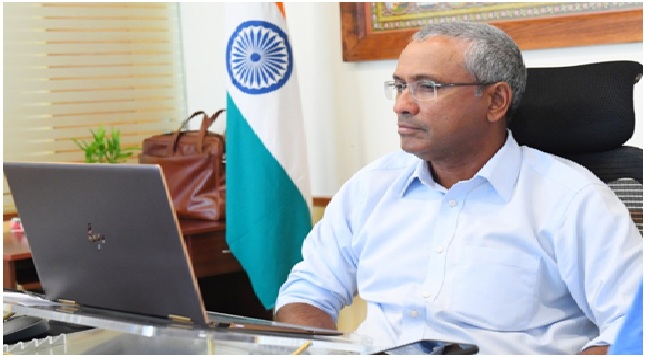 Bhubaneswar: With different food safety measures, Odisha has shoot-up its position to 13th in National Food Safety Index ranking for the year 2019-20 from 26th position in the last year. This was known from the state level food safety advisory committee meeting held on digital mode under the Chairmanship of Chief Secretary Asit Tripathy from Lokseba Bhawan wherein Commissioner Food Safety Smt Yamini Sadangi outlined the issues for discussion.

Reviewing the progress made so far, Chief Secretary Sri Tripathy directed the department to intensify food safety awareness among the people and food business operators (FBOs). He also directed to strengthen the surveillance measures. Sri Tripathy said, “With increasing population in cities and growth centers, the food safety has become more critical both from the view points of individual and public health”.  He directed the State police to mainstream the drive against adulteration in their work schedule. The Food safety officers were asked to increase their field visits and inspections.

The proposals like intensifying the surveillance, increasing the number of food testing laboratories, involving private labs in food testing, food fortification measures etc were deliberated in the meeting. The need for setting health and hygiene standards for different food processing industries coming up in industrial estates was also highlighted by Chairman and Managing Director IDCO Sri Sanjay Kumar Singh. Chief Secretary Sri Tripathy directed the Health and Family welfare department to constitute one technical committee for working out the methods for extending the outreach of food testing activities by leveraging the existing labs of different departments and universalities. It was also decided to include food safety chapters in academic curriculum at different levels.

Commissioner Smt Sadangi appraised that Odisha was adjudged at 5th position nationally in conducting high risk inspections through application of mobile app technology. The State food Testing Laboratory has enhanced its capacity for meeting the requirement of National Accreditation Board for Testing and Calibration Laboratory (NABL) and has also applied for its registration. Online system for registration and licensing of FBOs has already been rolled out resulting in enhancement of revenue generation. Smt Sadangi added, “Revenue generation increased to around 7.70 cr in the FY 2019-20 from 2.18 cr in FY 2018-19 thereby recording a growth of around 82%.  There had been a steady increase in the number of registered and licensed FBOs in the State over last four years. The total number of registered FBOs  increased from 5026 in the FY 2016-17 to 25822 in  FY 2017-18,  36622 in the FY 2018-19, and further to 57, 827 in the FY 2019-20.

Available data show that online registration system along with payment of fees and dues as per FSS Act, 2006 has also been made online. After gaining the registration of Food Safety Standard Authority of India (FSSAI), the State Food Testing Lab is now on its path towards acquiring the accreditation of NABL. Odisha in collaboration with FSSAI has initiated steps for addressing the gaps in the food safety eco-system of the State and for promoting the culture of safe & wholesome food. The Mobile food testing laboratory has been rolled out for food testing in different melas, public celebrations and festivals. So far, 1768 samples have been tested in this mobile lab.  Under clean street food hub initiative, around 30 food vendors have been registered and trained. The programme will be rolled out shortly.

Selfie Turns Fatal: 14-YO Boy Charred to Death Atop Train in Odisha’s Paralakhemundi