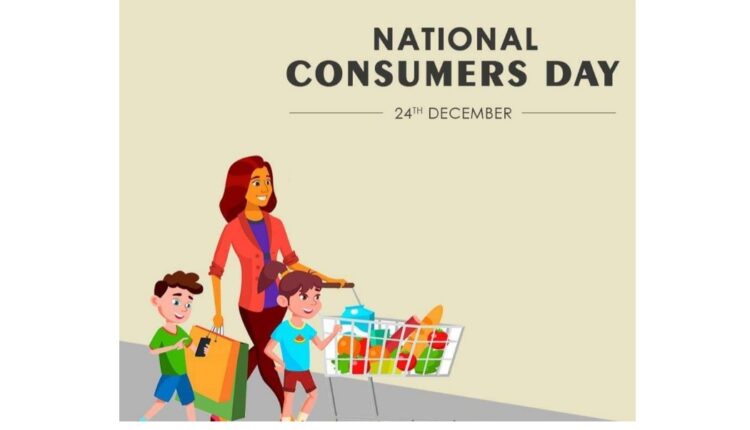 New Delhi: In India, the National Consumer Rights Day is observed every year on December 24 to spread awareness to about consumer importance, their rights, and responsibilities. On December 24, 1986, the Consumer Protection Act 1986 received the approval of the President of India and came into force.

The main objective of the Consumer Protection Act is to provide consumers with effective safeguards against different types of exploitation such as defective goods, unsatisfactory services, and unfair trade practices.

‘Jago Grahak Jago’, which means ‘Be aware consumer’, is a consumer awareness program launched by the Department of Consumer Affairs. As part of this initiative, the government has used channels to create consumer awareness through print, media advertisements, audio campaigns and video campaigns for consumer information and education.

The Consumer Protection Act, 1986 is regarded as the ‘Magna Karta’ in the field of consumer protection for checking unfair trade practices. It has led to the establishment of a widespread network of consumer forums and appellate courts all over India which ensures speedy and inexpensive settlements of consumer disputes. It has significantly impacted how businesses approach consumer complaints and have empowered consumers to a greater extent.

The eight rights recognized under the Consumer Protection Act, 1986 includes six rights of the consumers provided in the UN charter.

The Ministry of Consumer Affairs has decided the theme for National Consumer Rights Day 2020 to be: ‘New features of consumer protection act, 2019’. This theme will focus on the features of the new Consumer Protection Act passed by Parliament last year.