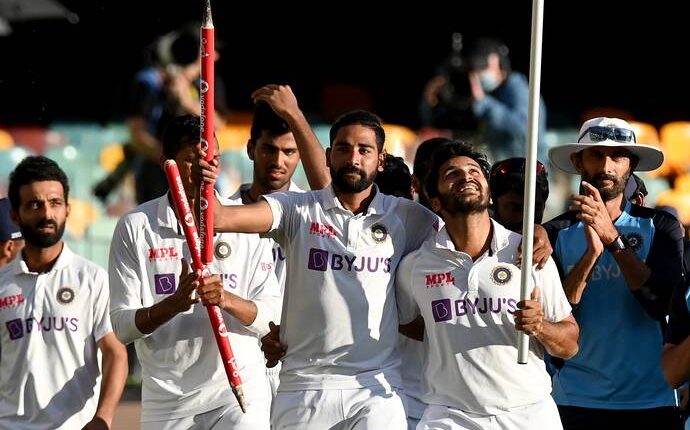 New Delhi: Indian cricketer, T Natarajan, received a welcome upon arrival back at his village following his stunning performance in India’s test series against Australia.

The left-arm pacer’s arrived at Chinnappampatti village in Salem district following the conclusion of a four-match Test series in Australia.

People cheered him on as he proceeded in a makeshift chariot. ” 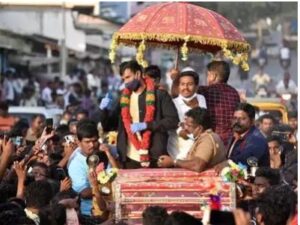 Having made history in Australia, national cricket team players were given a hero’s welcome as they returned to the country.

In Mumbai, chants of “Aala re aala Ajinkya aala” — “Here comes our Ajinkya!” — welcomed Ajinkya Rahane at the residential complex he lives in in suburban Matunga, amid the beating of the traditional dhol and showering of flower petals on him. 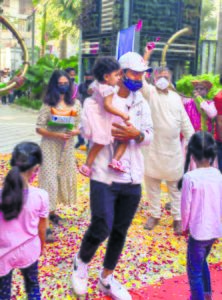 In Hyderabad, the mood was sombre as Mohammed Siraj headed straight to the grave of his father, who died when the young cricketer was in Australia. 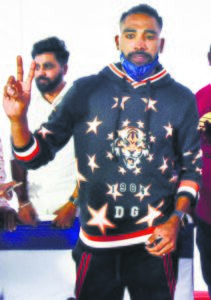 Memes Surface On Internet As Trumps Leave The White House