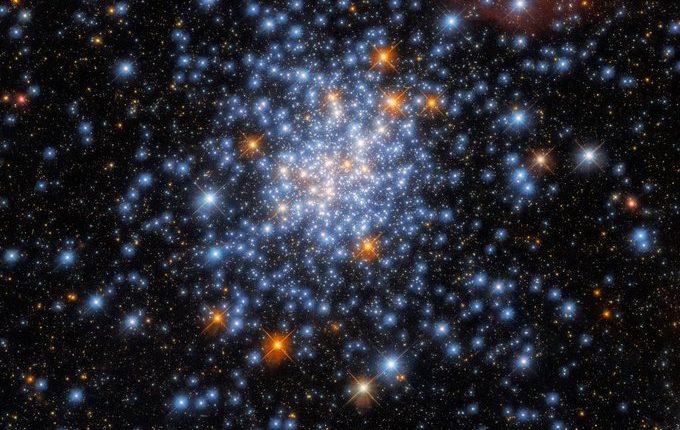 New York: The National Aeronautics and Space Administration’s  (NASA) Hubble Space Telescope (HST) on Friday dropped an image of a dazzling star cluster 180,000 light-years away, which could very well be mistaken for cosmic fireworks in space.

“Ready for the Fourth of July weekend?” Hubble tweeted from its official handle on the social media platform, sharing details of the star cluster.

Ready for the #FourthOfJuly weekend? 🇺🇸

At about 180,000 light-years away, NGC 330 is located in the constellation Tucana: https://t.co/uAV9DZfiz8 pic.twitter.com/I1ucfjBSNW

This image taken with the NASA/ESA Hubble Space Telescope depicts the open star cluster NGC 330, which lies around 180,000 light-years away inside the Small Magellanic Cloud. The cluster – which is in the constellation Tucana (the Toucan) – contains a multitude of stars, many of which are scattered across this striking image.

Because star clusters form from a single primordial cloud of gas and dust, all the stars they contain are roughly the same age. This makes them useful natural laboratories for astronomers to learn how stars form and evolve. This image uses observations from Hubble’s Wide Field Camera 3 and incorporates data from two very different astronomical investigations. The first aimed to understand why stars in star clusters appear to evolve differently from stars elsewhere, a peculiarity first observed with Hubble. The second aimed to determine how large stars can be before they become doomed to end their lives in cataclysmic supernova explosions.