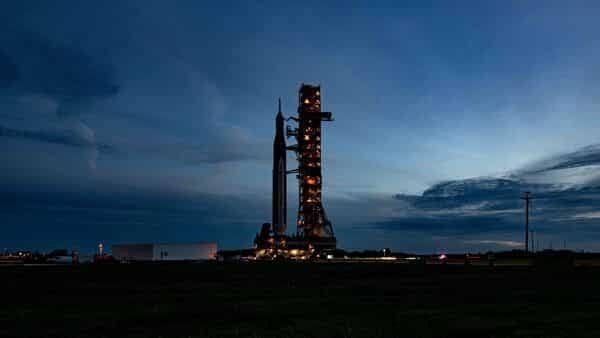 California: The long-anticipated launch of NASA’s Space Launch System (SLS) rocket has been pushed back to mid-November after NASA waved off its September 27th launch plans in the wake of Hurricane Ian (via Space.com). The space agency announced on Friday that it’s aiming to squeeze in the Artemis I launch between November 12th and November 27th.

While there was initially a slight chance that NASA’s next launch attempt could take place in October, that was ultimately scrapped after NASA decided to roll the rocket back to the Vehicle Assembly Building (VAB) to shield it from the storm. NASA successfully secured the rocket on Tuesday after an hours-long trek to the VAB.

Hurricane Ian made landfall in Florida as a Category 4 hurricane, but weakened into a tropical storm by the time it reached the Kennedy Space Center on Thursday. NASA says “there was no damage to Artemis flight hardware,” and that its facilities only suffered “minor water intrusion.”

NASA’s Artemis I launch will send an unscrewed Orion capsule on a journey around the Moon, paving the way for future missions that will bring the first woman and person of color to the lunar surface. The agency’s first launch attempt was cut short after the rocket experienced engine issues, while its second was marred by a “large” leak that occurred when engineers filled up the rocket with chilled liquid hydrogen fuel.

Subsequent testing of the rocket’s fuelling system showed that the leak was still present, but at a more “manageable” level. Now that the rocket’s back at the VAB, NASA says it will “prepare for additional inspections” and retest the Flight Termination System, which the Space Force uses to destroy the rocket if it goes off course.