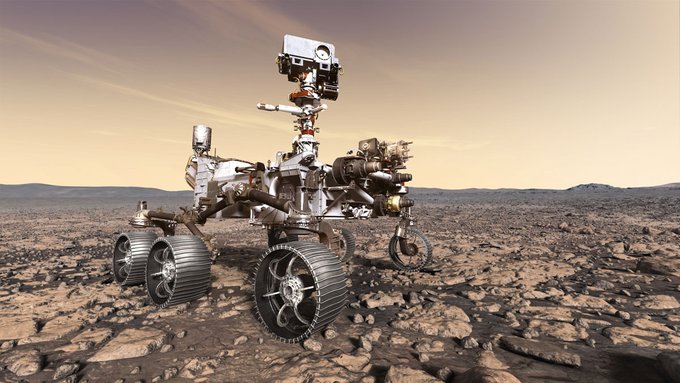 Washington: The US space agency NASA released the first audio from Mars, a faint crackling recording of wind captured by the Perseverance rover.

NASA also released the first video of the landing of the rover on the Red Planet.

A microphone did not work during the rover’s descent to the surface, but it was able to capture audio once it landed on Mars.

Now that you’ve seen Mars, hear it. Grab some headphones and listen to the first sounds captured by one of my microphones. 🎧https://t.co/JswvAWC2IP#CountdownToMars

The high-definition video clip, lasting three minutes and 25 seconds, shows the deployment of a red-and-white parachute with a 70.5-foot-wide (21.5-meter-wide) canopy.

Your front-row seat to my Mars landing is here. Watch how we did it.#CountdownToMars pic.twitter.com/Avv13dSVmQ