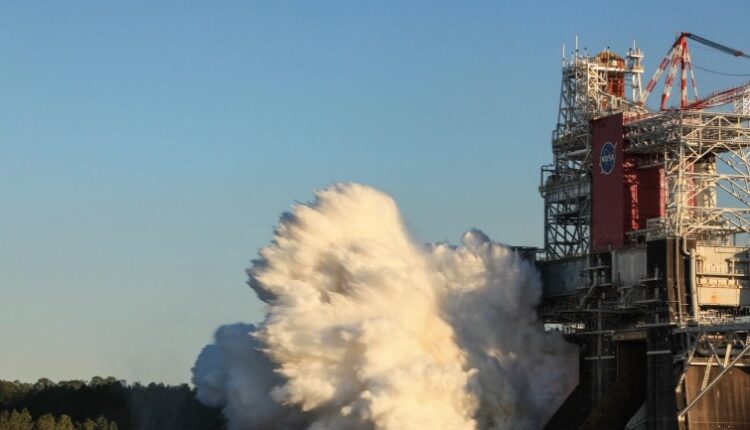 Mississippi: NASA ignited all four engines of a deep space exploration rocket – the Space Launch System (SLS) – for the first time. However, the test ended much earlier than expected.

Shortly before 22:30 GMT (17:30 EST), the four engines ignited, burning for more than a minute before the event was aborted.

During the live broadcast of the test, NASA did not explain the reason for the early shutdown, but Wayne Hale, a former manager of NASA’s space shuttle programme, suggested a “major component failure”.

The core stage of the SLS was being evaluated at Stennis Space Center, near Bay St Louis, Mississippi.

The engines were supposed to fire for eight minutes to simulate the rocket’s climb to orbit.

The fiery show, the last leg of NASA’s nearly year-long “Green Run” test campaign, was a vital step for the space agency and its top SLS contractor, Boeing, before the rocket’s debut launch in November.

The SLS is part of Nasa’s Artemis programme, which aims to put Americans back on the lunar surface in the 2020s.