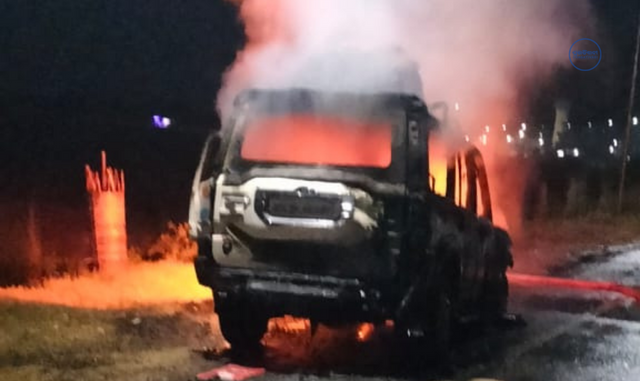 Boudh: As many as eight passengers had a narrow escape as they managed to alight from an SUV before it went up in flames in Boudh.

According to reports, the ill-fated vehicle was en route to Nagpur from Muniguda after participating in some function when they detected the smell of something burning when they reached the by-pass near Boudh city. They immediately stopped the vehicle and alighted from the SUV.

On being informed, the firefighters reached the spot and doused the flame.

According to preliminary investigation, it was learnt that the fire was caused due to a short circuit.