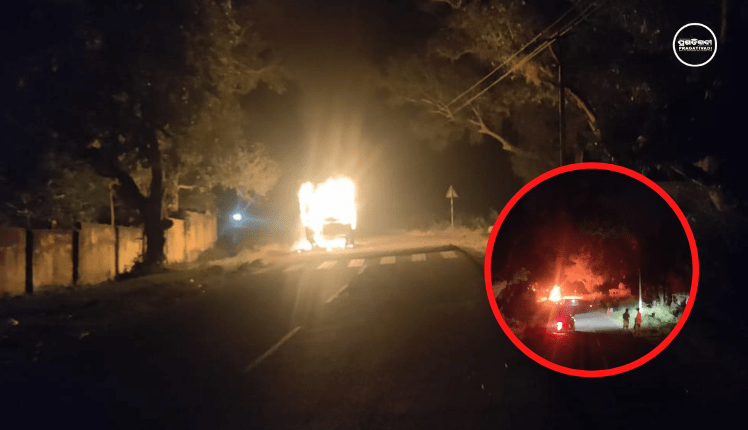 Koraput: As many as 30 passengers had a narrow escape on Sunday evening as they managed to alight from a government bus before it went up in flames in Koraput.

According to reports, the government bus was en route to Tentulipadar in Koraput’s Narayanpatna from Rayagada when a fire broke out in the vehicle Dandabadi.

Fortunately, the bus operators and passengers escaped unhurt as the inferno engulfed the entire vehicle within a few minutes.

Reportedly, fire brigades from Bandhugaon and Narayanpatna have reached the spot. The firefighters were trying to contain the blaze till the last report came in.