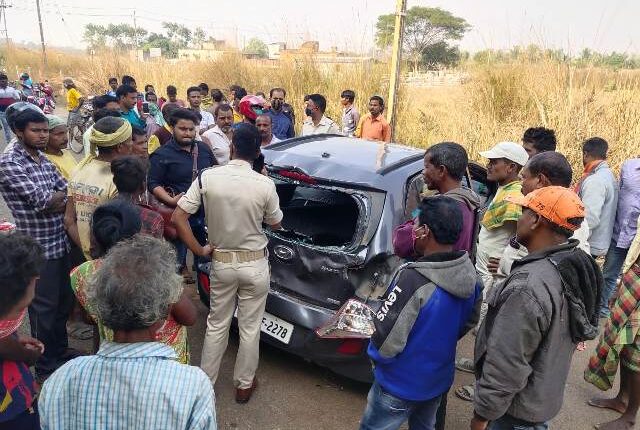 Narrow Escape For Doctor After Car Meets With Mishap

Ragadi: A Bhubaneswar-based doctor had a narrow escape from a major accident after the car he was driving rolled down 30 feet from an over-bridge along the Dandakiri-Baladia NH-20.

According to reports, Dr Om Prakash Sahoo, who works at SUM hospital in Bhubaneswar,  was en route to his native place in Keonjhar this afternoon. However,  when was passing though the over-bridge the car tyre burst and the vehicle went out of control.

Sources said the car tyre exploded after falling into a pit on the over-bridge and the vehicle rolled down the over-bridge roadside. Though the car was completely mangled in the accident, Sahoo escaped with minor injuries.

US House delivers article of impeachment against Trump…