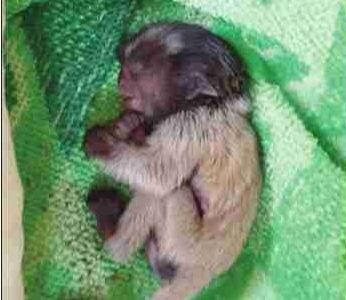 Barang: One of the new Marmoset monkey, that was born recently at the famous Nandankanan Zoo on the outskirts of Bhubaneswar, died on Wednesday.

Though the exact cause of death remained unknown, zoo authorities suspected that the baby monkey succumbed due to lack of its mother’s care as the mother monkey fed the first one and rejected the second baby.

Staffers at the zoo were taking care of the baby monkey in the special rearing unit. However, the baby died four days after receiving natal care.

Similarly, a tiger cub, Lava, who is suffering from fever, has been kept in a special enclosure and is undergoing treatment, Zoo officials said.