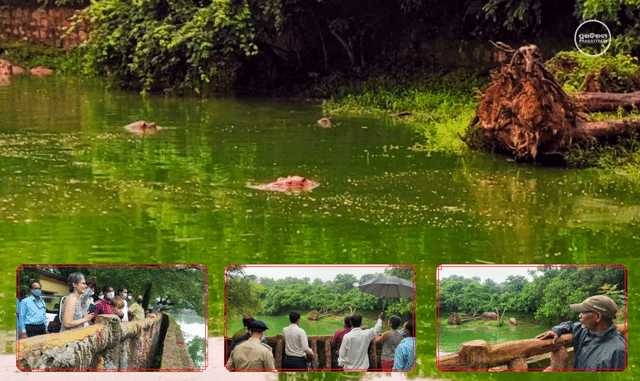 Barang: With the onset of the Monsoon season, the flora and fauna of Nandankanan Zoological Park attract more visitors and nature lovers. Adding to that, the NZP on Tuesday morning welcomed a new guest as a hippopotamus gave birth to a calf.

With this, the population of Hippopotamus in the zoo increased to 12, of which six are males and six females including the newborn calf. According to Nandankanan authorities, the hippopotamus gave birth to a calf at around 6 am today and both are well and healthy. 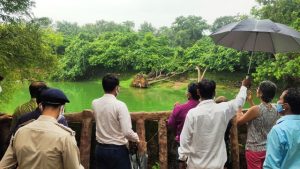 It may be mentioned here that after the mating period, the female hippo has a long gestation period of around 240 days or eight months. When it is almost time to give birth, the female hippo goes into complete social isolation until she has given birth to her calf or calves. The baby hippo is born underwater during what is usually the wettest time of the year. The calf or calves are born hind legs first. 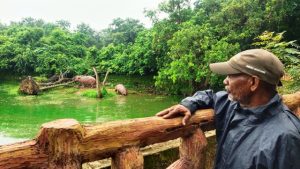 Giving birth underwater helps the young hippos mother conserve her energy during the birthing process. It also protects the newly born calf from being attacked or even eaten by land predators such as Nile crocodiles, lions, and hyenas. The new mother only returns to the environment where her hippo group is after between 10 and 14 days, in some cases, it may be a longer period before she returns. Her return indicates that her calf or calves have recognises her as the mother.

The Nandankanan authorities are keeping a close eye on the mother hippo and her newborn and other hippos in the enclosure at NZP.

On the other hand, visitors were also in for treat to watch the baby hippo. 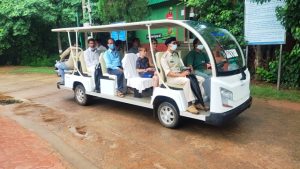 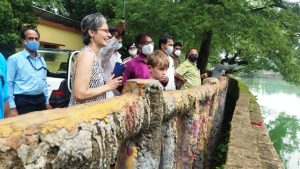 At around 9 am this morning, Mrs. Gauri Patnaik, niece of Hon’ble Chief Minister of Odisha, Shri Naveen Patnaik, visited Nandankanan with her family members, and was delighted to see the baby hippo. Before leaving, the congratulated the NZP authorities and said that she feels Nandankan very special and herself lucky to have visited the park during this season.