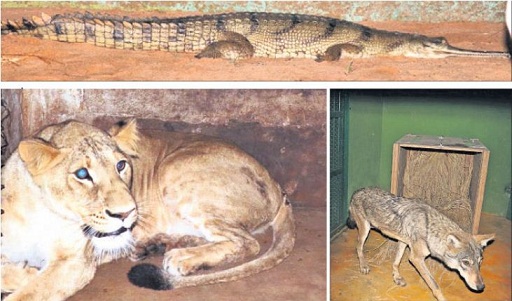 Barang: The Nandankanan Zoological Park has welcomed eight new animals in the process of an exchange program with another animal menagerie in Madhya Pradesh.

As per reports, a six-member team had gone to the Kamala Nehru Prani Sangrahalaya in Indore in a special vehicle on December 13 to transport the animals to Bhubaneswar. The new animals include – two Asian lionesses, two grey wolves, three gharials (fish-eating crocodile), and one female fox.

Reportedly, the animals will be kept in quarantine at the zoo hospital at present as they will be relocated to their respective cages on December 29, the foundation day of Nandankanan zoo.