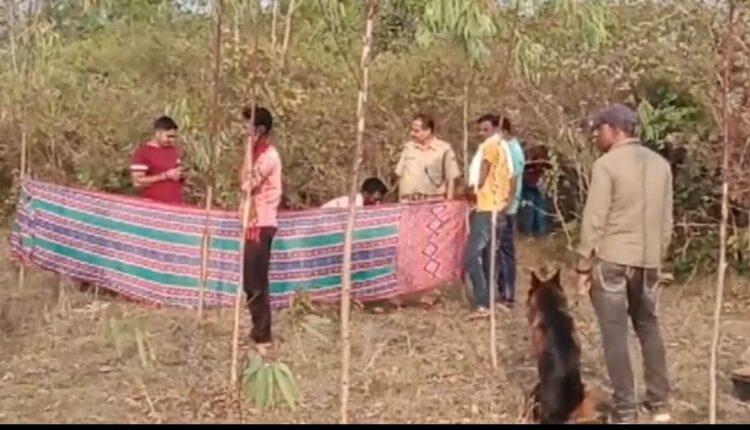 Borigumma: Naked body of a girl, who was missing since three days, was found at Chiliguda cashew forest in Chilliguda under Borigumma police station in Koraput district on Sunday.

The deceased has been identified as Subhadra Amanatya (20) of the same village.

According to sources, locals found the deceased’s body was found in a cashew forest this morning. Soon after the news spread, a police team accompanied by forensic experts reached the spot and conducted a preliminary investigation.

The family members of the deceased said that the girl had gone to the forest three days back but never returned home.

They alleged that the girl was gang-raped and murdered by the miscreants. They have demanded immediate arrest of the culprits and strict action against them.

Meanwhile, police have registered a case and investigating further.