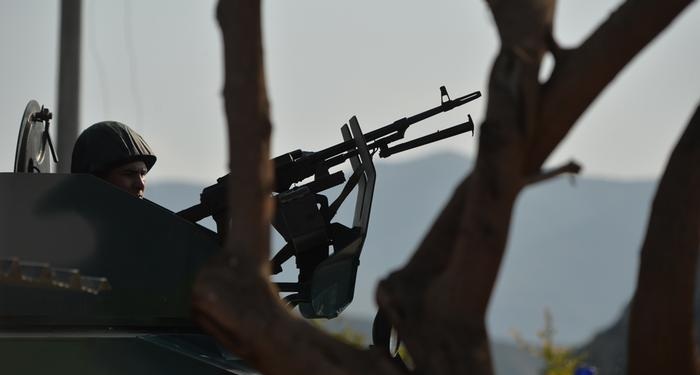 Agdam: Azerbaijani forces have entered Agdam district bordering Nagorno-Karabakh as part of a Russian-brokered peace deal to end the conflict.

As part of last week’s peace deal, Armenia agreed to return some 15 to 20 percent of the Nagorno-Karabakh territory captured by Azerbaijan in recent fighting, including the historical town of Shusha.

“Units of the Azerbaijan Army entered the Aghdam region on November 20,” the Defense Ministry in Baku said, referring to one of three districts that will change hands over the next two weeks.

Aghdam is one of three due to be handed back. Armenia will also hand over Kalbajar district wedged between Nagorno-Karabakh and Armenia on November 25 and the Lachin district by December 1.

Armenian forces occupied some 77 percent of Aghdam in 1993, forcibly displacing nearly 200,000 Azerbaijanis from their homeland.