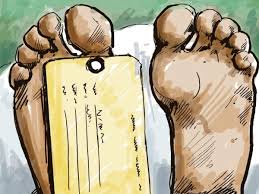 Nabarangpur: An undertrial prisoner, lodged in Nabarangpur Sub-jail, on Tuesday died in a government hospital here, where he was taken after he fell sick, police said.

Reportedly, he was lodged in jail after being apprehended on January 22 in connection with a POCSO case.

Ramdhar fell ill following which he was admitted to Nabarangpur district headquarters hospital. However, he was declared dead while undergoing treatment.

Notably, a UTP lodged in Puri district jail died under mysterious circumstances at hospital on Sunday.

Odisha Collaborates With ICRISAT To Work On Natural Resources Management

Be Close to People, Talk with them directly &  Listen to them Caringly: Chief…

Odisha Collaborates With ICRISAT To Work On Natural…