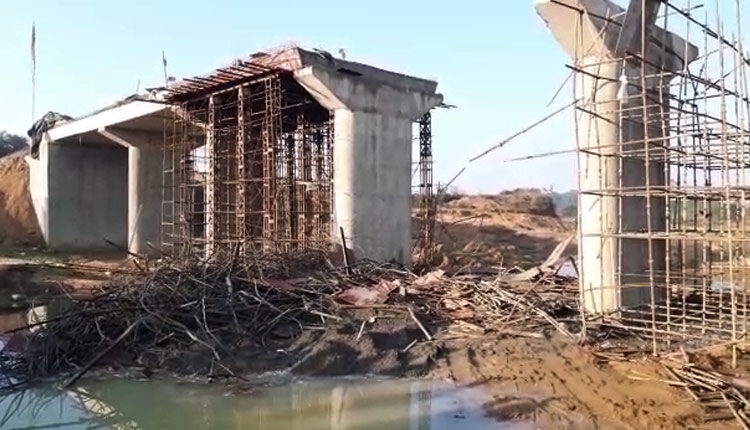 Nabarangpur: After the tragic collapse of an under-construction bridge in Nabarangpur district, an FIR has been lodged against three persons at Umerkote police station here, informed Collector Ajit Mishra today.

They have been identified as contractor Asish Biswal, JE Ashit Patra and SDO Niranjan Sahu.

As per reports, some workers were levelling the upper surface of the structure yesterday evening when it suddenly caved in. Following the incident, one Mahendra Mali died on the spot, while four others sustained serious injuries. They were later rescued and rushed to the District Headquarters Hospital (DHH).

Earlier in the day, the superintendent engineer had visited the mishap site for inspection and attributed the accident to the failure in centering support and use of substandard material.