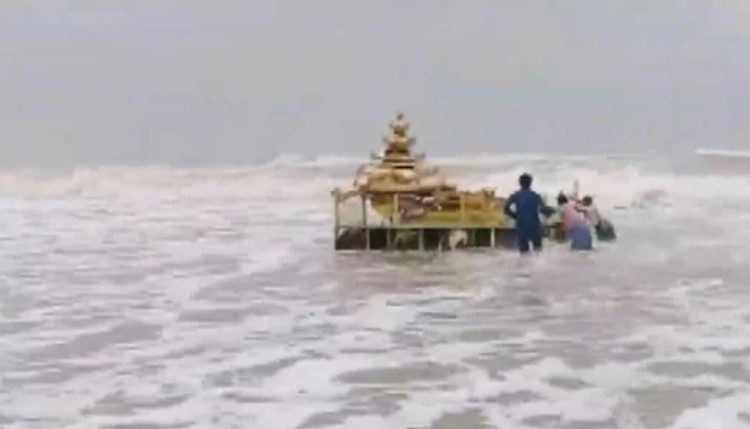 According to reports, it is said that the chariot might have come from another country.

The India Meteorological Department (IMD) said that the severe Cyclonic Storm ‘Asani’ weakened into a ‘cyclonic storm’ and is likely to become a depression by Thursday morning.

The weather department has said that the cyclone is likely to move north eastwards towards northwest Bay of Bengal and is likely to weaken gradually into a depression by May 12 morning.