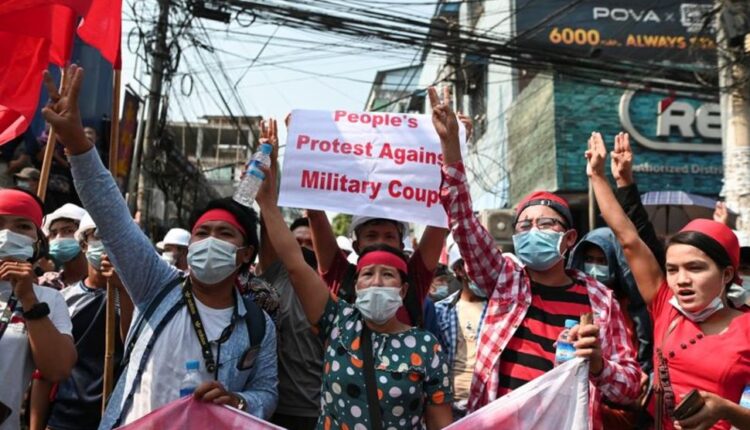 Myanmar: Thousands Gather On Street For 2nd Day Of Protests

Yangon: Thousands of locals gathered in Myanmar’s main city, Yangon, for the second day of protests, nearly a week after the military seized power.

They marched under bright sunshine in the middle of the road waving NLD flags making the three-figure salute that has become a symbol of protest against the coup.

Police trucks and officers in riot gear were stationed on the streets near Yangon University.

On Saturday, the military shut down the country’s internet connections.

Smaller demonstrations were also reported on Sunday morning in Mawlamine and Mandalay.

Human rights group Amnesty International called the internet shutdown “heinous and reckless” and warned it could put the people of Myanmar at risk of human rights violations.

Tens of thousands protested across the country on Saturday in an upswelling of anger towards the military that arrested Suu Kyi and her cabinet in the early hours of last Monday and formed a new military government.

19-YO Killed After Being Hit By Unidentified Vehicle in Balasore