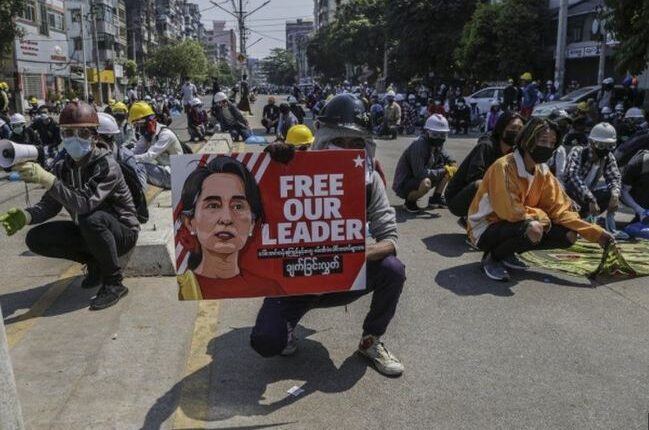 Myanmar: A number of people have begun escaping the turmoil in Myanmar into India, some of them were police refusing to take part in the violent crackdown on protests against a military coup there, officials and reports said.

Myanmar has asked neighbouring India to return several police officers who crossed the border seeking refuge after refusing to carry out orders.

“In order to uphold friendly relations between the two neighbour countries, you are kindly requested to detain eight Myanmar police personnel who had arrived in Indian territories and hand-over to Myanmar,” the letter read.

The UN said at least 38 people were killed on Wednesday. Indian police said nine people crossed the 1,600-kilometre (1,000-mile) border into Mizoram state on the same day, three of them police refusing to take part in putting down protests.

Myanmar has been gripped by mass protests and strikes following a military coup last month.

Security forces have taken a hard line against the demonstrations and at least 55 deaths have been reported.