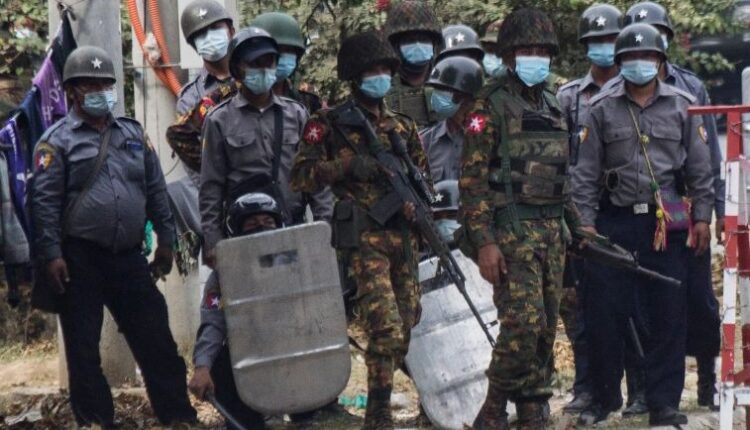 Naypyitaw: At least two people have been killed in protests in Myanmar against a military coup, the worst violence yet.

Security forces in Myanmar opened fire on protesters in the city of Mandalay on Saturday, killing two people and wounding dozens, according to witnesses.

The deaths on Saturday marked the bloodiest day in more than two weeks of large demonstrations against the February 1 military takeover, which deposed civilian leader Aung San Suu Kyi.

In Mandalay, a shipyard raid turned violent on Saturday when security forces opened fire on demonstrators trying to stop the arrest of workers taking part in the growing anti-coup movement. The clash started with the demonstrators flinging rocks, but authorities retaliated by opening fire, sending them fleeing in fear.

The EU said it strongly condemned the violence and the US embassy in Myanmar said it was “deeply troubled”.

UK Foreign Secretary Dominic Raab tweeted: “The shooting of peaceful protesters in Myanmar is beyond the pale.

“We will consider further action, with our international partners, against those crushing democracy and choking dissent.”

On Friday a young woman became the first confirmed death from the protests.

Mya Thwe Thwe Khaing was shot in the head on 9 February at a rally in the capital Nay Pyi Taw. Rights groups said her injuries were consistent with the use of live ammunition. Police denied using lethal force.