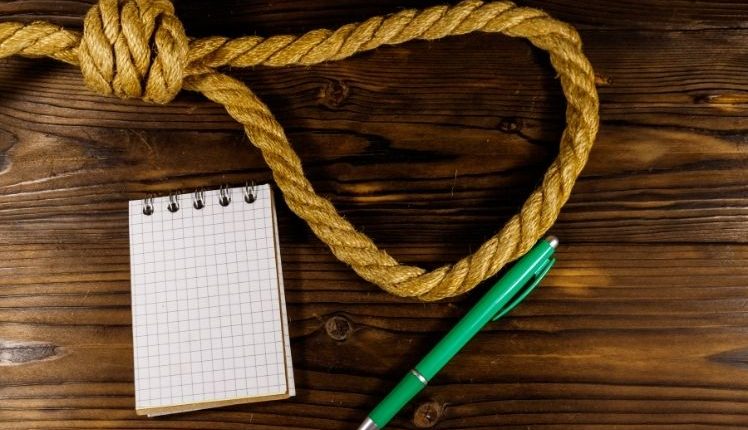 My Death Is Your Wedding Gift: Chhattisgarh Man Writes To Lover Before Committing Suicide

Raipur: A young man in Chhattisgarh’s Balod district hanged himself to death over love failure on Sunday. The deceased was unhappy that the woman he was in love with was getting married to someone else.

Before dying by suicide, the deceased youth sent a macabre message to the girl, telling her that his death was his wedding gift to her.

According to reports, the young man was in unrequited love with a girl. When he found out that preparations were underway for her wedding, he felt very hurt and sank into depression.

On the wall of his room, the young man wrote “my death is your wedding gift, I love you” with charcoal. He then shot a video of him hanging a noose in his room and putting it around his neck. He posted the video as his WhatsApp status, then died by suicide.

State police said that the body has been sent for post mortem. The video uploaded by the man on WhatsApp is also being investigated.