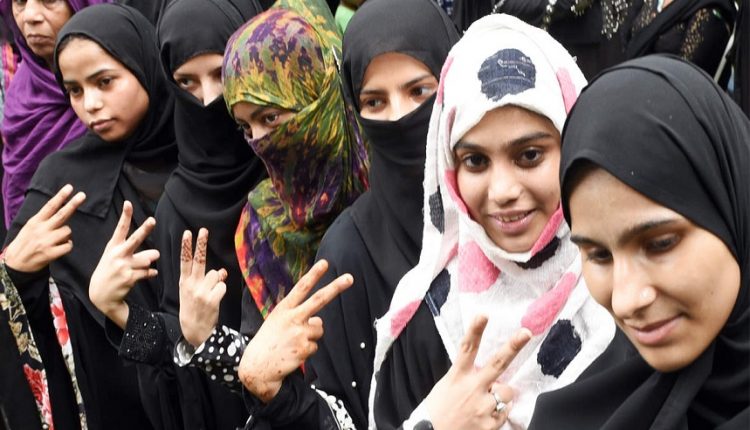 New Delhi: Muslim Women’s Rights Day is observed across the nation today to celebrate the enactment of the law against triple talaq.

On Saturday, the Union ministry of minority affairs had announced that Muslim Women’s Rights Day will be observed across the nation on August 1 and it will celebrate the second anniversary of the enactment of the law against triple talaq.

The Muslim Women (Protection of Rights on Marriage), Act, 2019, criminalises instant ‘triple talaq’ among Muslims and attracts a jail term of three years for the husband.

The Act was the first bill introduced in Parliament after the National Democratic Alliance (NDA) government was re-elected to power in 2019.

The Supreme Court in August 2017 declared the practice of triple talaq or a form of divorce based on the husband pronouncing divorce thrice in quick succession as ‘unconstitutional’.

In December 2017, citing the Supreme Court judgment and cases of triple talaq in India, the government introduced the Muslim Women (Protection of Rights on Marriage) Bill in Parliament. The bill was passed by the Lok Sabha but was stalled by the opposition in the Rajya Sabha.

The bill was reintroduced and passed by both the Houses of Parliament in July 2019. Consequently, the bill received assent from President Ram Nath Kovind.