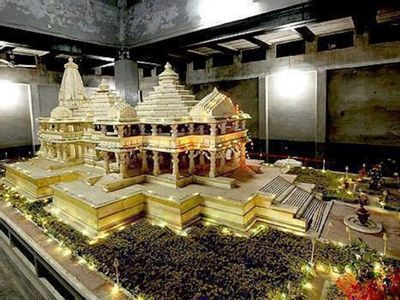 Vijayawada: Zahara Begum, organiser at Tahera Trust, is raising funds for the construction of Ram temple in Ayodhya.

Though she is a Muslim, she has come forward to encourage members of his community to contribute funds for the construction of Ram temple in Ayodhya.

She said her act will help Hindu brothers and sisters in organising pooja on Vinayak Chaturthi, Dussehra and Ram Navmi. Zahara said the true spirit and tradition of India lies in ‘Unity in Diversity’.

Zahara has appealed to Muslim community to offer donations for the construction of the Ram temple through Nidhi Samparna during the Nidhi Sekarana programame and said a small contribution of Rs 10 can be donated.

Weather Update: Cold Conditions To Return Across Odisha From Jan 22