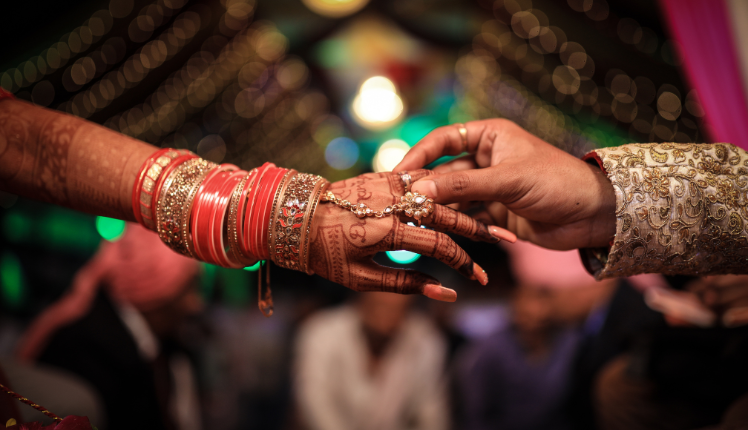 Chandigarh: The single-judge bench of Justice Jasjit Singh Bedi of the Punjab and Haryana High Court upheld the marriage of a 16-year-old Muslim girl in a recently passed order.

When a couple, a 21-year-old male and a 16-year-old female, approached the court for protection, the court ruled that a Muslim girl over the age of 16 is competent to contractually enter into marriage with a person of her choice.

Justice Bedi stated: “As per Article 195 from the book ‘Principles of Mohammedan Law’ by Sir Dinshah Fardunji Mulla, the petitioner No. 2 (girl) being over 16 years of age is competent to enter into a contract of marriage with a person of her choice. Petitioner No.1 (boy) is sta ted to be more than 21 years of age. Thus, both the petitioners are of marriageable age as envisaged by Muslim Personal Law.”

“Merely because the petitioners have got married against the wishes of their family members, they cannot possibly be deprived of their fundamental rights as envisaged in the Constitution of India,” the single-judge bench said. The Nikah, according to the petition, was solemnized on June 8, 2022, as per the Muslim Sharia law. However, the couple’s families opposed the marriage and allegedly threatened them.

The couple then filed a writ petition with the SSP concerned seeking protection after marriage, which was not acted upon and they approached the High Court. Following it, the two approached the High Court for protection contending that according to Sharia law, puberty and majority are one and the same and that there is a presumption that a person attains majority at the age of 15 years.

It is pertinent to mention that the legal age of marriage in India is 18 years for girls and 21 years for boys. While the law is governed by the Special Marriage Act of 1954 and the Prohibition of Child Marriage Act of 2006, under the Muslim Personal Law, Muslims have the right to marry of their own free will once they attain the age of puberty. Under Muslim Law, marriage or Nikah is a contract and will be considered valid if some conditions are met. The individuals must profess Islam, should be of the age of puberty, and an offer and acceptance in presence of witnesses should be there, along with Mahr (dower).

Dharmendra Pradhan to participate in IDY 2022 programme at Kangra fort